NEWS FLASH!!
Tiarne is now a member of the australian groom team!

In April 2017 Tiarne competed at the Sydney Royal Easter Show Grooming Competition where she competed in 4 classes winning 1st in Master Gundog and BEST IN GROUP, 2nd Master Poodle and 2nd Master Terrier. To top it off Tiarne also won Runner up Best In Show with her groom of Chloe the English Springer Spaniel. 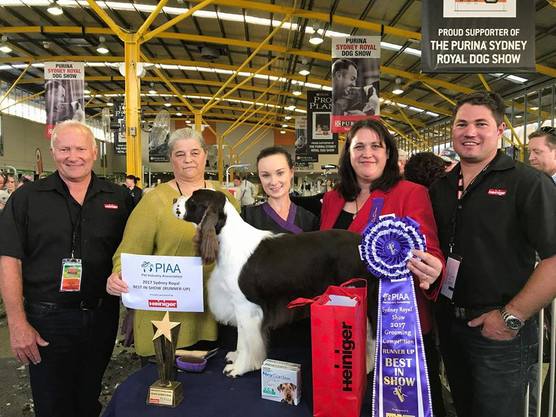 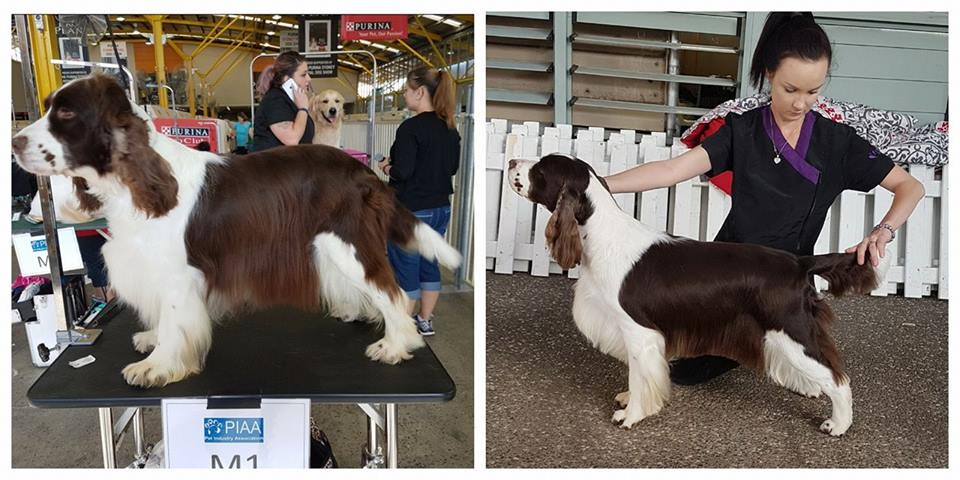 In March 2017 Tiarne attended GroomQuest, competing in 4, level 3 classes (top level). Tiarne gained some fantastic results taking out 2nd place in the Andis Poodle challenge, 2nd place in Terrier and more class, 3rd place in All Other Pure Breeds and 2nd place in Gundogs. Tiarne was also crowned the overall level 3 Champion Groomer.
In July of 2016 Maddie and Tiarne attended the PIAA Plush Puppy Grooming Competition in Canberra. Tiarne took out the highest award of BEST IN SHOW with her groom of Kiss the Toy Poodle. Tiarne competed in three classes winning 1st master gundog, 1st open terrier and 1st open poodle and then went on to win Best In Group for all three classes and onto BEST IN SHOW. Maddie did an amazing job competing in three classes winning a 1st, 2nd and 3rd in novice freestyle, purebred and poodle class.
In June of 2016 Perky Pooches competed at Aus Groom. Tiarne won the Master Gundog class with Bond the English Springer and went on to win Best In Gundog Group. (Best of all gundog groomers) Tiarne also won the Open Terrier class with Mystics the Jack Russell. Maddie did a fabulous job with Billy winning 3rd place in Novice Freestyle.

In April of 2016 Perky Pooches attended the 2016 Sydney Royal Easter Show Grooming Competition. Perky Pooches competed in 4 classes winning two 1st and a 2nd place. This was Maddies first grooming competition and after only completing full grooms for the past month and a half she placed 1st in Purebred novice and 2nd in Salon freestyle novice and Tiarne won a very competitive Gundog class open. 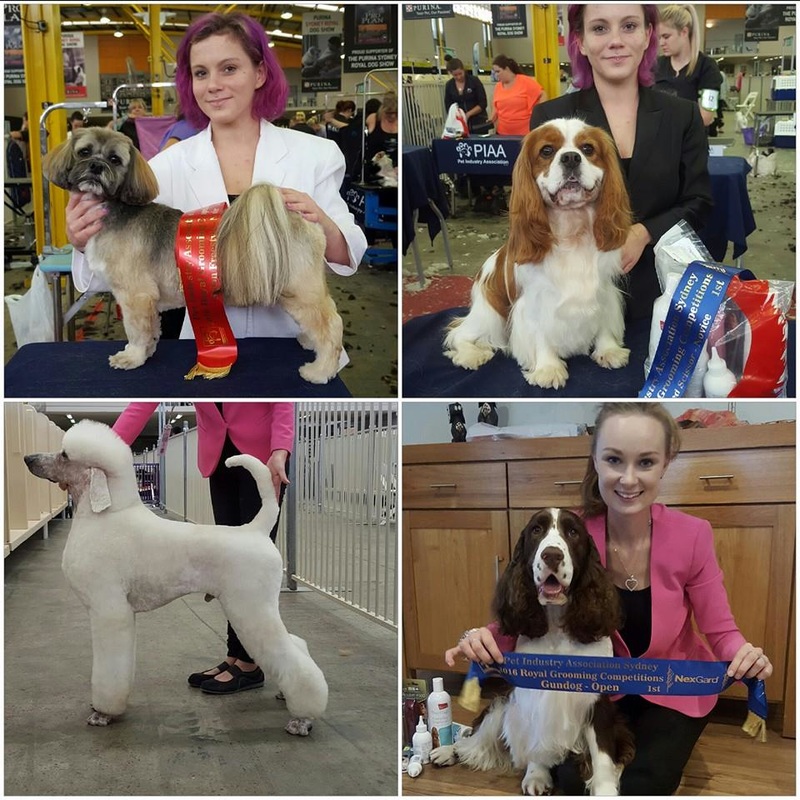 ​In October 2014 Tiarne competed at the 2014 GroomQuest grooming competition in three classes placing 1st in terrier and more with the PBGV Hamish (dog on the left), 1st with the ESS Dexter (dog on the right) and 3rd with a toy poodle named Shabu! Thanks to Robert from Azucroft English Springer Spaniels for stepping in as a handler for Dexter for the best in level!
​In August of 2014 Kim and I took off on our 10 hour road trip to Melbourne! We had a fabulous time in Melbourne competing at Purina GroomFest. I ended up placing 1st in level one terrier (hand strip) 3rd in level 2 all other pure breeds and 3rd in level 1 gundog. Kim competed in her first grooming comp placing 2nd in level 1 all other pure breeds and 2nd in level 1 gundog! A big thanks to Robert & Yvonne Lauder of Azucroft English Springer Spaniels, Leah Ryan of Vedamea Collies and Jayne Hawkins of Covejack Jack Russells for allowing us to take their dogs with us! I shall post more photos over the next few weeks. Tiarne 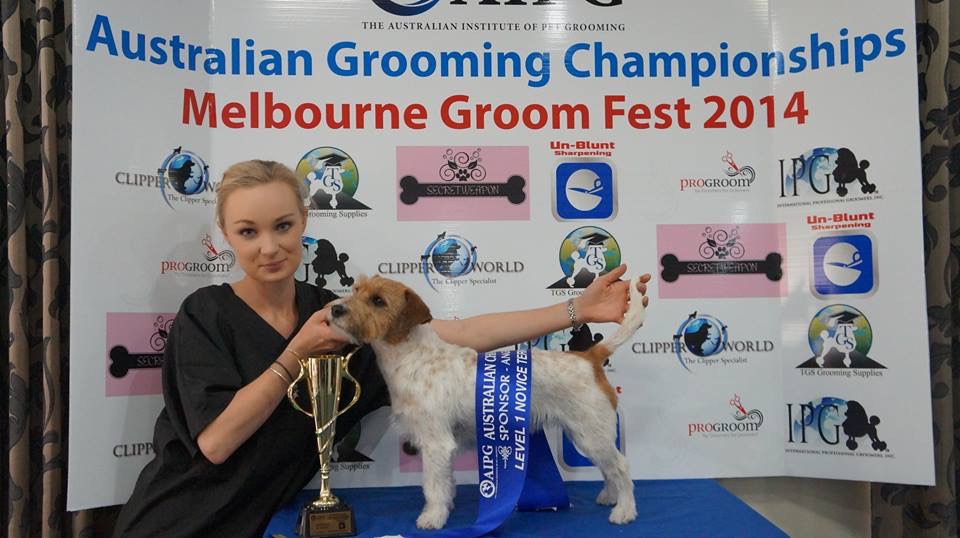 ​On Sunday the 1st of September 2013 Tiarne competed in her 2nd grooming competition winning first place in the level 1 gundog/sporting group at the prestigious Purina GroomQuest competition. Tiarne also became a certified gundog/sporting groomer through IPG and attened a number of Australian groom team seminars as well as a creative grooming seminar presented by the world famous Sathit Suratphiphit from Starwood Arts of Dog Grooming School (Thailand). A big thank you to the Lauders of Azucroft and Azudance English Springer Spaniels for allowing Tiarne to use the stunning Webster. 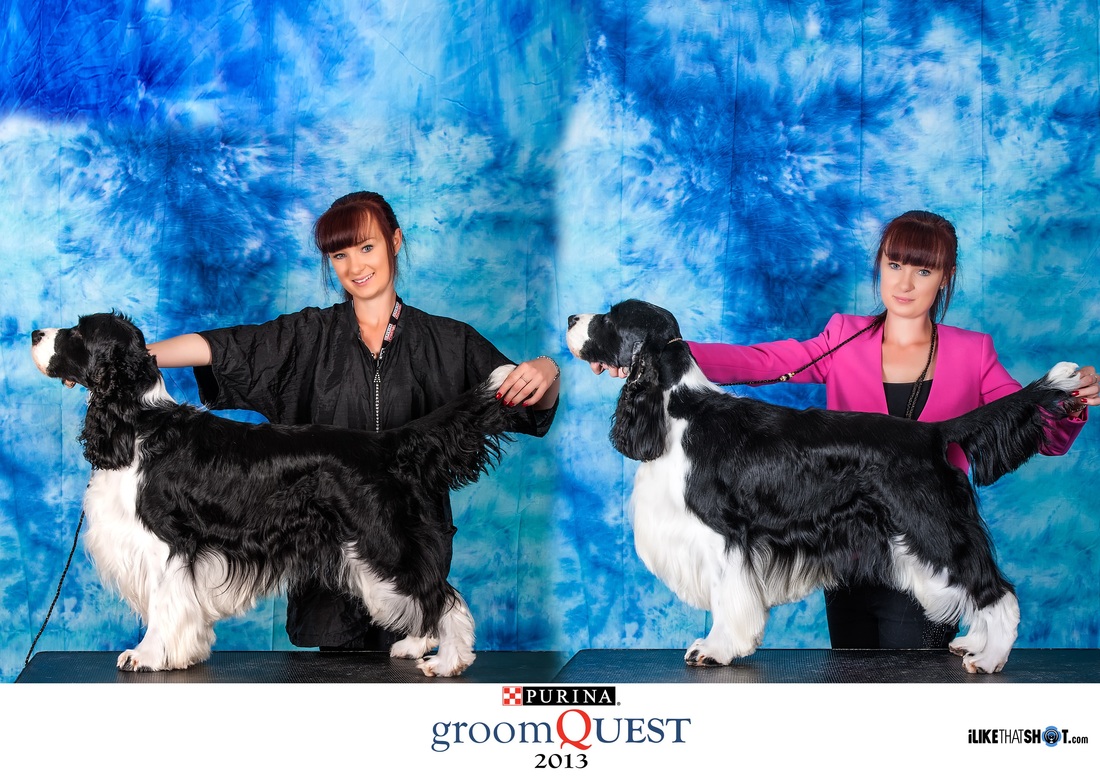